The Allegra Singers celebrated its 20th anniversary in 2016! We have enjoyed performing in many events in addition to our regular concert series. These include larger events such as “2000 Voices” to celebrate the millennium, “Sing for a Lifetime” in 2002, and a tour of Ireland in 2018. We also enjoy more intimate performances for small groups and local businesses. Our venues range from Hatley and Craigdarroch Castles to singing in the park in Ganges on Saltspring Island. 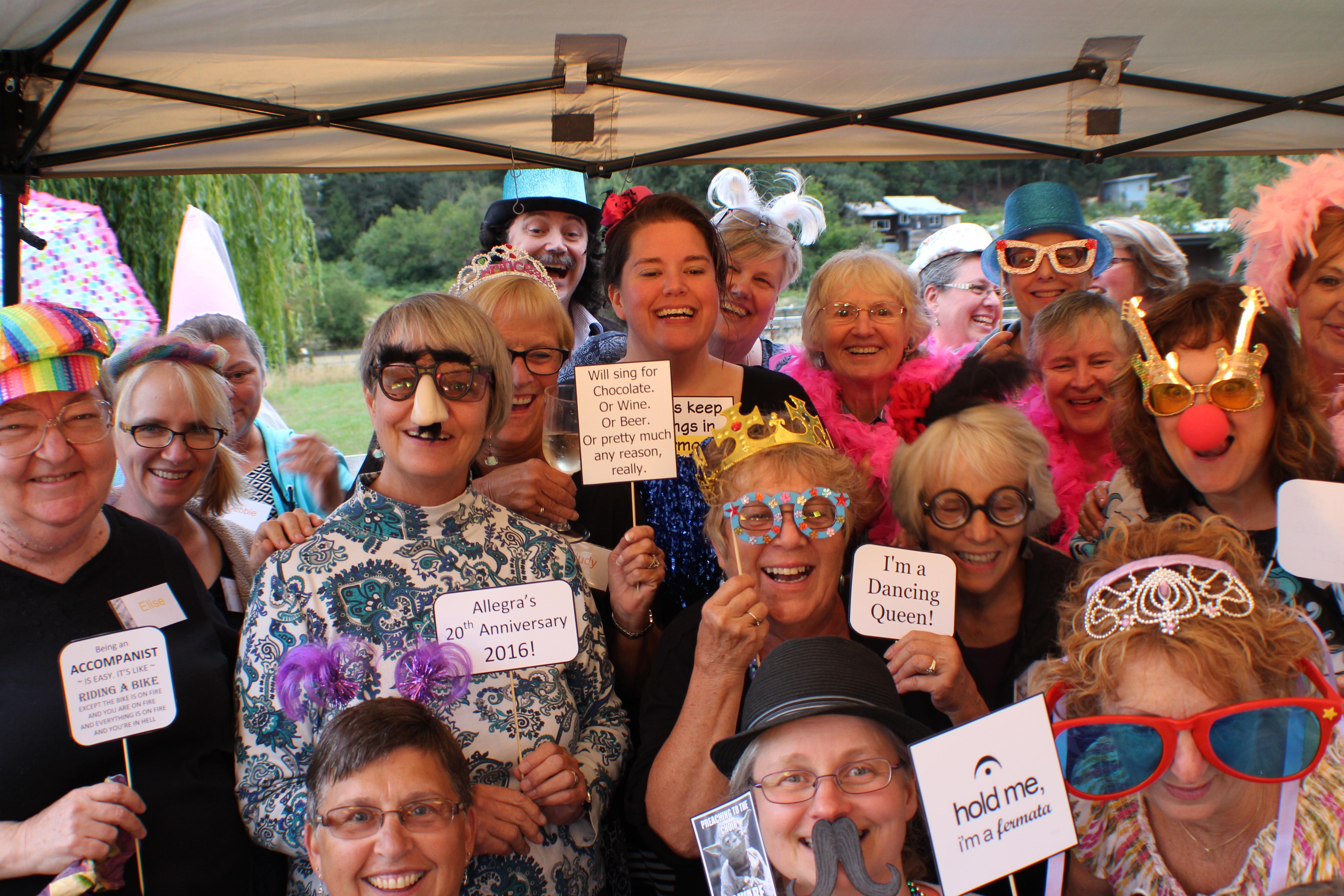 We are a non-profit group, and are dedicated to contributing to other local charities. Every year the choir members choose the recipients of our efforts. Past beneficiaries include the Cridge Centre for the Family, Angel Flight of Vancouver Island, the Ovarian Cancer Society, and Project Literacy Victoria, along with many others. See more on our Community page. We acknowledge the support of the Province of British Columbia.

Allegra is pleased to welcome Peter Dent, who became the director of the Allegra Singers in January 2022. Previous positions in South Vancouver Island include the Newcombe Singers of Victoria (12 years), the Ekoos Vocal Ensemble of Sooke (5 years) and the Arion Male Voice Choir of Victoria (7 years). With the Pacific Singers, founded by Dent in 1999, he received the highest mark awarded in the Adult Mixed Voice Choir category in the annual Prague Folk Music Festival 2002. Dent was a guest juror in international choral competitions in Prague in 2004 and 2007.   In earlier times, Peter sang under several of Canada’s premiere choir directors and was a paid chorister. Throughout the 1980s he directed and wrote vocal arrangements for Home Made Jam, an “a cappella” vocal jazz ensemble made up of members of the Vancouver Bach Choir.

Peter Dent has a BA from York University and a Master of Education degree from the University of British Columbia where he studied Choral Conducting with James Fankhauser and Arranging with Fred Stride. He is the composer of two major choral works: A Jazz Mass 1993 and A Canadian Requiem – 2003.

Thank you to Peter for leading Allegra back into regular rehearsals after being on hold due to the pandemic.

Al Kornelsen brings a wide range of experience to the Allegra Singers, already playing for a number of choirs in the few short years they’ve been in Victoria. We are very pleased to have Al share their talent and love of music with us onstage.

Jennifer Parlee has been the musical director of the Allegra Singers since 1996. She is a talented musician and teacher whose leadership and support inspires us to create something wonderful. As choral singers know, there is no experience like joining voices in harmony. Thank you to Jennifer for the amazing seasons and performances she has led us through.